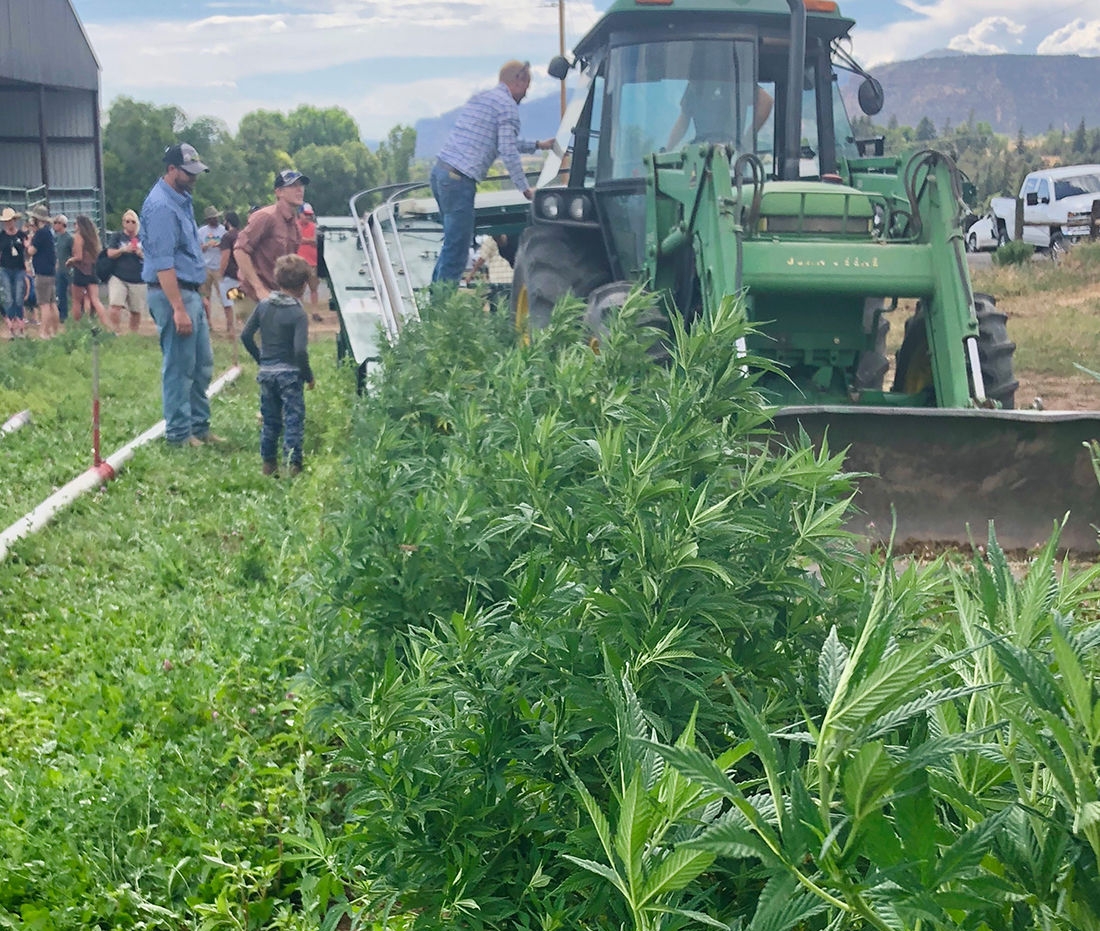 COLLBRAN — Roughly double the attendees compared to last year flocked to the third-annual Hemp on the Slope event at the Salt Creek Hemp Co. ranch on Saturday, an increase in popularity that mirrors the uptick in hemp growing across Colorado.

The state’s industrial hemp program manager, Maureen West, told the crowd that her office has received about 1,000 applications from hopeful hemp growers so far this year and more are coming in, which is double last year’s amount.

Those in the hemp industry expect it will only keep growing as gray areas of the law are clarified and changed to make the agricultural crop fully legal in the eyes of the federal government.

Though hemp is technically cannabis, in the same family as marijuana, it doesn’t have the same psychoactive properties as marijuana and can only contain a fraction of the substance in marijuana that gets users “high.” Hemp farmers rely on growing techniques and reliable genetics to choose strains of the plant that are less likely to have high levels of THC, tetrahydrocannabinol, the substance responsible for that psychoactive effect.

Proponents value hemp for its versatility — its oils can be extracted for nutritional supplements, cosmetics and topical uses. Its fiber can be transformed to fabric or rope, and its inner stem can be used for building material.

However, there are still conflicts among how the farmers see hemp, how the state regulates it and how the federal government treats it — in many cases, it’s treated the same as marijuana.

Though it has been legal to grow what’s defined as “industrial hemp” since 2014 in Colorado, some of the kinks are still being worked out in the industry. Those that still remain are difficulties with banking and quirks with taxes that don’t allow growers to deduct operating expenses like other farming operations would be allowed to do.

One issue growers hope is resolved soon is the problem of not being able to insure their crops, as programs for crop insurance are available through the federal government, which could be fixed if the current version of the Farm Bill passes. It was approved overwhelmingly in the U.S. Senate last month.

Many conversations surrounded the potential for the industry if the Farm Bill is adopted by Congress this year. The current version includes provisions from Senate Majority Leader Mitch McConnell of Kentucky that would legalize the cultivation, processing and sale of industrial hemp. McConnell’s home state is a leader in the hemp industry, as is Colorado.

Many attendees were familiar faces from last year and shared war stories of hurdles they’ve overcome as industry pioneers — from grasshopper infestations to problems with processing, harvesting and cultivating.

The grand finale to the day was a demonstration of a hemp-harvesting machine built by Bish Enterprises of Giltner, Nebraska, in which a crowd gathered in a hemp field at the ranch to witness the event. The machine, attached to the side of a John Deere tractor, cut off each hemp plant’s stem at its base and ferried it up a conveyor system to a person standing behind the cab of the tractor, who grabbed each plant and threw it in a truck driving alongside the tractor.

The crowd clapped and cheered at the demonstration, impressed with a machine specialized for their industry, in which most growers have been using expensive, back-breaking and time-consuming hand-labor for harvest.