Hemp is a good crop for Nebraska -published February 2019 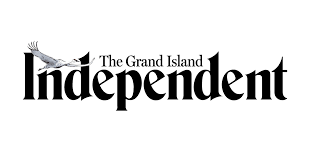 With the legalization of hemp as a crop for farmers in the 2018 Farm Bill, Nebraska needs to get on board the hemp bandwagon and allow its farmers to diversify.

Sen. Justin Wayne of Omaha has introduced LB657, seeking to legalize hemp farming in the state and enable businesses that use hemp to operate here.

This is the second time Wayne has introduced this bill, but now that the federal government says hemp is OK, nothing should hold the unicameral back from passing legislation that will take advantage of the opportunity.

Hemp isn’t new to Nebraska. Hemp was grown by farmers in the state until it was outlawed in 1937 and it still grows in the wild, without the help of irrigation and chemicals. Producers would quickly be able to add it to their range of crops they can grow on their farmland.

Plus, having hemp grown right here in Nebraska would encourage industrial use of it. Wayne is promoting the bill because he believes there’s an opportunity for processing plants to operate in his district in Omaha. In testimony before the Legislature’s Agriculture Committee earlier this month, he said more than 25,000 products have been made from hemp, ranging from rope to body-care products.

Andrew Bish, an executive with Bish Enterprises, a Giltner-based farm machinery manufacturer, also testified at the committee hearing, emphasizing that farmers like the idea of growing hemp because it can be grown in a variety of soils, it’s drought-resistant and it has nutritional value.

Producers also see the value in finding another crop they can grow with the overabundance of corn and soybeans driving down the price they can get for those crops.

The state of Kansas legalized hemp a year ago and now has gathered enough information to start receiving applications from farmers who want to grow it. The 2018 bill only authorized hemp for research because it was passed before the Farm Bill legalized commercial use of hemp. Now the state is likely to expand to commercialization of hemp next year.

Amelia Breinig, the assistant director of the Nebraska Department of Agriculture, told the committee the bill is “a step in the right direction” and said she supports hemp as a commercial product.

It’s time for Nebraska to follow Kansas’ example. There will have to be regulation, but even if the state doesn’t want to handle that regulation itself, the U.S. Department of Agriculture has a federally-run program that could handle it.

The Legislature should make this work — for farmers and for the potential businesses and industries it could draw to the state.