Hemp planted for research in Giltner 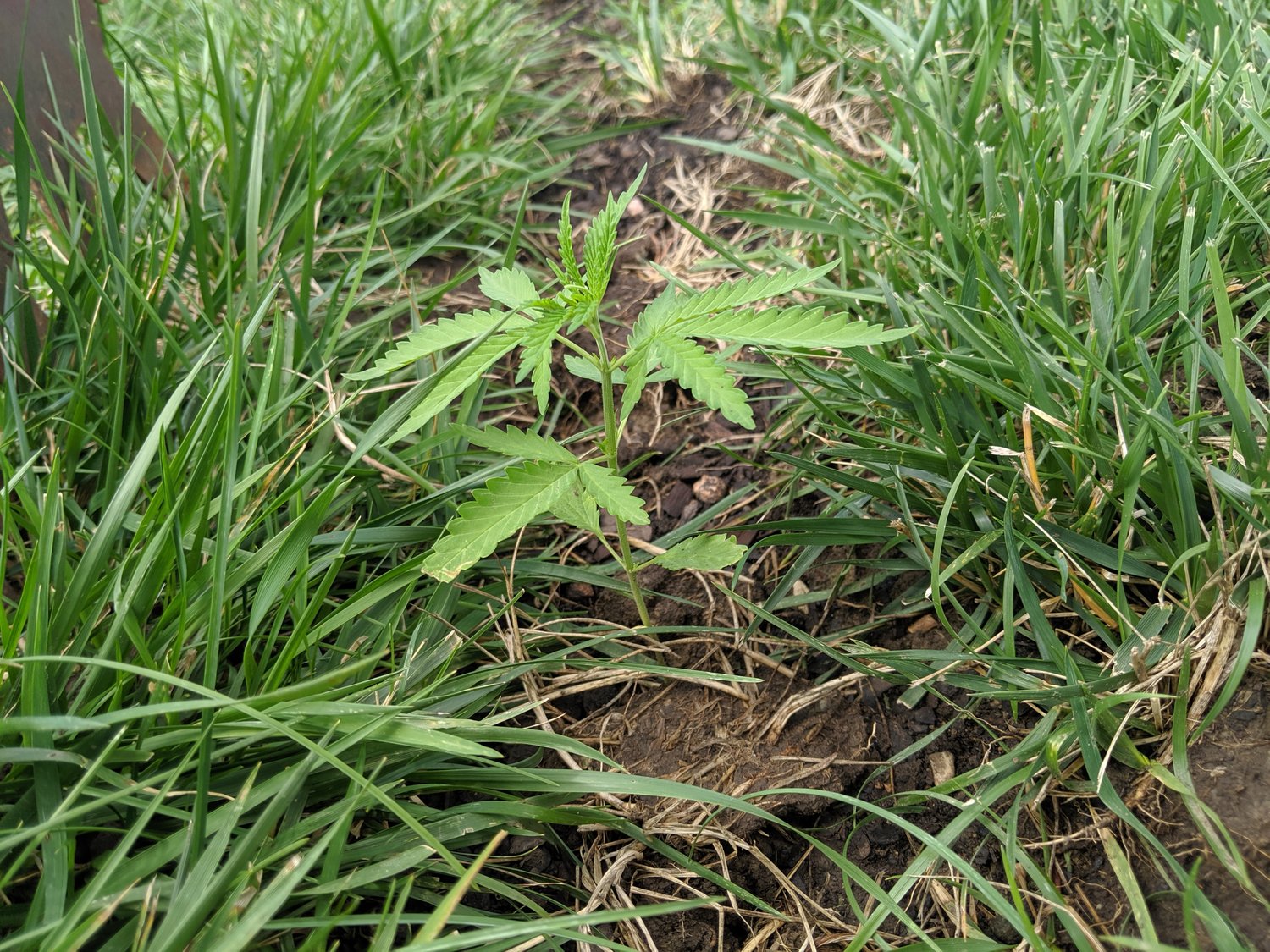 GILTNER — A few feet away from his mother’s garden here, Andrew Bish pointed to a hemp plant he planted June 9, the last day of Hemp History Week.

The plants, only a few inches tall, were planted in one of three, 260-inch rows.

Bish, his brother and his daughter planted the Nebraska Heirloom Hemp to understand the qualities of what is sometimes referred to as feral hemp, wild hemp or ditch-weed. The plants from his plot will be studied for characteristics like stalk diameter, seed location, and THC and cannabinoids content.

Bish is the chief operating officer of Bish Enterprises and founder of Hemp Harvest Works in Giltner. He says he is conducting research to determine if Nebraska Heirloom Hemp is viable in the agriculture industry and how to grow it best.

“Is it economical to grow heirloom hemp because it gives us just as great of a result as some of the varieties that are already on the marketplace, or does it not?” Bish said.

Bish planted his hemp plants following the governor’s approval May 31 of LB657. The bill intends to align Nebraska law with federal law found in the 2018 Farm Bill by allowing for hemp cultivation with a license.

But Bish planted his hemp without a license because the permit process wasn’t made available until June 21. Bish planned to submit his application by the June 28 deadline, but isn’t happy with the short time span and requirements that can take longer than one week to complete. Bish said he is applying for a license.

“We are calling this the great hemp scramble,” Bish said.

Bish also points out that the application requires the seed source to be named and have a seed permit from the Nebraska Department of Agriculture. He said this adds difficulty because hemp seed suppliers haven’t been able to sell in Nebraska before and they have only one week to get their seed permit.

“The whole point of this was to be farmer-friendly, to help the farmer, and this isn’t what we are doing,” Bish said.

In addition, the current available license is available for hemp cultivation and processing for research purposes only, because license processes have not been established for the 2018 Farm Bill. The Nebraska Department of Agriculture currently is using 2014 Farm Bill processes that allow only for hemp research.

Bish maintains that his planting is legal but in a gray area. He points to a section in the bill that states, “Nebraska heirloom cannabis plant or seed not being cultivated for commercial purposes is not subject to the Nebraska Hemp Farming Act.”

Bill Accord, president of the Nebraska Hemp Association, said the statement was put in there to protect farmers who have the plant on their property from natural occurrences.

“They are not illegal on your farm,” Accord said. “You’re not supposed to propagate it.”

Accord said he also thinks Bish’s actions are in a gray area, but feels Bish likely will not encounter legal trouble.

“I think Andrew might be standing in fairly legal grounds,” Accord said.

Part of the opposition to hemp farming in Nebraska comes from hemp’s close relationship with marijuana, according to Bish. Both plants belong to Cannabis genus and are visually indistinguishable. Only a chemical test can determine what the plant is.

In the 2018 Farm Bill, hemp is defined as a cannabis plant that has THC concentration levels of less than 0.3 percent. Anything above that could be considered marijuana.

“We already have preliminary tests. That’s part of the reason that I was able to plant this plot, was that I was confident that I was not planting marijuana,” Bish said.

Bish said he does expect different CBD-level results from the plants he planted. He says that factors like pollination season and when the plant is harvested affect CBD levels. He does not expect a large difference in THC levels that may put him above the 0.3 percent threshold.

Bish said he planted before the applications came out because the growing season has almost passed. Accord said that the hemp should have been planted in April.

Bish chose Nebraska Heirloom hemp because, in addition to his belief that it is currently legal, he feels confident that its characteristics are make it competitive to other industrial hemp.

Bish says that by having hemp legal, farmers will have alternative crops. Currently, hemp is used to make fibers, CBD oil and food. Bish said

Accord said he knows of several other Nebraskans who have applied for their license. He also supports Bish’s actions.