The Nebraska Attorney General’s Office has declined to weigh in on whether a recent clause in a contract with a state corrections officers union is an unconstitutional gag on free speech.

The clause requires members of the union to oppose a bill pending before the Legislature and any other bill that deals with “classification and compensation” of prison workers. If any such bills are passed, the contract calls for nullification of the December agreement, which raised salaries of corrections officers.

State Sen. Matt Hansen of Lincoln, who heads the Legislature’s Business and Labor Committee, recently requested a legal opinion from the AG’s office about whether that clause to oppose Legislative Bill 109 was an unconstitutional ban on the free speech rights of union members “on a matter of public concern.”

​LB 109, which is awaiting first-round debate, reclassified corrections officers as a means to increase their wages. Hansen said another pending bill, LB 345, is probably also off-limits, because it would limit how much mandatory overtime prison workers would be forced to work.

In his request for a legal opinion, Hansen cited a past U.S. Supreme Court ruling that protected the rights of public employees to speak about matters of public concern, even though they work for the government.

But the AG’s office, in a Jan. 30 response to Hansen, declined to provide the senator a legal opinion on that and five other legal questions he posed.

The three-page rejection letter, signed by Assistant Attorney General Leslie Donley, noted that the AG’s office limits its legal opinions to “valid legislative purposes,” which, for senators, are to “make, alter or repeal” legislation.

Hansen’s requests, Donley wrote, did not seek an opinion about proposed or pending legislation, and thus the office declined to offer a legal opinion.

Hansen said he was disappointed by the response because he felt his questions were clearly relevant to pending legislation.

Dannette Smith, CEO of the Nebraska Department of Health and Human Services, testified against Legislative Resolution 298, which would create a special legislative committee to monitor conditions and changes at the Youth Rehabilitation and Treatment Centers.

Mark LaBouchardiere, HHS director of facilities, spoke against LB 1144, which would require the agency to report more information about the centers and require the State Ombudsman’s Office to take a look at the physical condition of HHS-run institutions every year.

The two argued that the added oversight would distract HHS officials from making needed improvements to the centers and from their other duties. Smith said the new committee would duplicate the oversight provided by the Legislature’s Health and Human Services Committee, while LaBouchardiere said the agency already provides numerous reports.

Sen. Sara Howard of Omaha, the HHS committee chairwoman, said the committee put forward both proposals in response to the crisis that prompted state officials to move all the girls out of the Geneva center in August.

The girls ended up in the Kearney center, which previously was for boys only. They have remained at Kearney while the department has worked on revamping the Youth Rehabilitation and Treatment Centers system.

HHS committee members called for a special oversight committee to put together the expertise and perspective of multiple legislative committees. LR 298 calls for the oversight group to include members of the HHS, Education, Judiciary and Appropriations Committees.

Howard said the reports called for in LB 1144 would help bring to light the kinds of problems that contributed to the Geneva crisis before conditions get as bad as they did.

An Omaha state senator said Tuesday that he plans to stop efforts this year aimed at ensuring that people buying CBD, or cannabidiol, products get what they pay for.

Sen. Justin Wayne told members of the Agriculture Committee that the session is too short to work out the complicated issues involved with LB 1219. He asked the committee to take no action on the measure, which he introduced on behalf of the Nebraska Attorney General’s Office.

The measure sought to provide some regulation over CBD products, which were legalized but not regulated by last year’s hemp farming bill. It also would have set legal age requirements on CBD purchasers.

Corey O’Brien, from the AG’s office, said the office wanted to at least start a discussion about protection issues. He said the measure was not intended to be anti-hemp. But hemp advocates panned the proposal, although they agreed that some type of consumer protection is needed.

“I believe no sections of the bill are appropriate for Nebraska,” said Jacob Bish of Bish Enterprises and Hemp Harvest Works.

Hemp advocates and more traditional agricultural groups gave a friendlier reception to two other hemp-related bills. LB 1152 is aimed at bringing the new state law in line with federal regulations, while LB 919 would require the State Department of Agriculture to approve all hemp growing, processing and marketing licenses from qualified applicants.

With High Hopes, Hemp Looks Ahead to 2021

There were several reasons why the 2020 supply fell from 2019 levels. CBD prices are closing out... 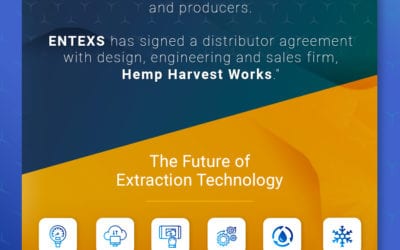