Lured by the future of hemp, nearly 200 descend on Casper for summit -published April 2019 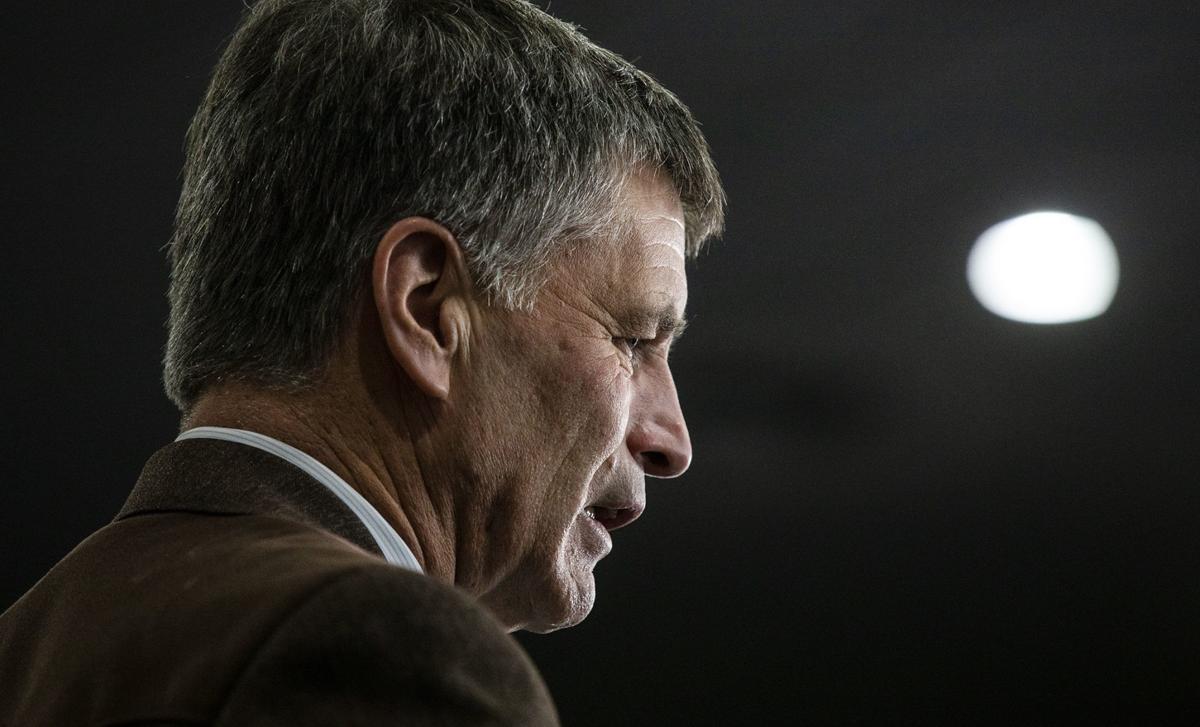 IT ALL STARTED WHEN…
For some, it’s Wyoming’s next big industry. For others, it’s a solution for small, independent farmers looking to take the power back from the mega-growers that have made commodity crops an unprofitable enterprise.

But for the nearly 200 farmers, bankers and speculators from all corners of the state who took the trip to Casper on Thursday for the state’s first summit on industrial hemp, all recognized the creation of something that rarely comes along for small growers in the age of corporate farms, international commerce and the large-scale growing operations that dominate agriculture today: an opportunity for the little guy.

“We want to get some power back in the small farmer’s hand,” said Monte Robertson, founder of San Luis Valley Hemp Co. and a keynote speaker at Thursday’s summit at The Lyric. “I think we can do that with hemp.”

Notably, hemp — a non-psychoactive breed of cannabis plant — is technically not yet legal to grow in Wyoming, with its plan still up for review and approval by the U.S. Department of Agriculture before any plants can go into the ground.

In an update Thursday, Wyoming Department of Agriculture director Doug Miyamoto told those in attendance that the plans had been submitted last week. However, despite Gov. Mark Gordon’s aspirations to get plants in the ground “this spring,” Miyamoto said he did not expect the USDA to promulgate rules for hemp production until this fall.

In remarks at the summit, Gordon said his administration was working to expedite this process.

“I have indicated that I want this administration to push on all fronts to ensure we can get our crops into the ground as quickly as possible,” Gordon said. “If we can do that this spring, we will do everything we can. But I’ve also said that I want whatever we get done — in terms of a permitting process — to be able to stand some time so it’s not just a worthless piece of paper that gets shot down, making us redo our rules and everything else. So I ask for a little bit of your patience and guidance as we push. We are aggressively trying to get this through, and we want to make sure we get as much as we can done.”

In the meantime, the state is still working to lay the regulatory and permitting foundations needed to roll out its program in full. This includes the establishment of: draft rules, sampling procedures, protocols for managing license holder information, testing protocols, disposal rules, enforcement rules and inspection procedures.

Despite exceeding the guidelines set by the USDA, Miyamoto said, the state does not have the authority to offer permits to growers until the federal government gives Wyoming the thumbs-up to proceed.

“The quick answer to that is ‘No, we don’t have the authority to do that today,’” Miyamoto said. “But we do have all of our plans submitted, we have a bid process out to procure the equipment, we’re moving along as quickly as we can, and as soon as the USDA takes action on our plan and informs us they have approved the Department of Agriculture to regulate this industry, we will have the ability to issue licenses at that point. Hopefully, that will be quickly.”

Since the passage of House Bill 171/House Enrolled Act 110 authorized the Wyoming Department of Agriculture to submit a plan to the USDA to regulate industrial hemp production within the state, both in-state growers and out-of-state firms have been eyeing the potential wealth to be cultivated from the soils of the Equality State.

States like Colorado and Montana, which have maintained industrial hemp programs for years, are today among the nation’s largest producers of hemp and hemp byproducts, resulting in millions of dollars in revenue and hundreds of jobs created.

“The first and foremost impact is jobs,” said Rick Trojan, the summit’s keynote speaker and a 21-year veteran of the hemp industry.

Sprouting from the plant itself, hemp as a commodity crop has a multitude of uses ranging from the expected, such as food, to the unexpected: an energy source, clothing and fabric, or therapeutic use in the form of cannabidiol-infused products (known as CBD). With a multitude of uses, many in attendance spoke of the potential for other, value-added industries that could have unforeseen economic benefits in areas Wyomingites might not even be aware of yet.

“I’m very biased, but I think this is the first time that Wyoming has come up with something that is going to bring value-add to Wyoming’s economy,” said Rep. Bunky Loucks, R-Casper, who sponsored HB171 this year.

That’s not to say hemp is a “miracle crop” that will solve every farmer’s problems. The start-up costs and learning curve required to grow and cultivate the first harvest are no simple obstacles, and the ability for farmers to properly position themselves with an end market for their product — or whether they can find a local processor who can accept their crop — is another concern.

“We’re cautiously optimistic,” said Gary Mills, a Powell banker in attendance at Thursday’s summit. “Production is certainly easier to establish than in-state processing or anything like that. Really, it’s too early to know.”

With the nationwide legalization of industrial hemp in the 2018 Farm Bill passed in December, comparisons between the growing enthusiasm for the fibrous, flowery plant and the bonanzas and gold rushes of the mid-19th century West have become harder to ignore. With 78,000 acres planted last year, Trojan estimated more than 180,000 acres of hemp would be planted by the end of the year — a far cry from the 9,900 acres authorized by the federal government in 2016.

And the economic benefits can be eye-popping. At his first farm in Colorado, Trojan said, he began with 300 acres of crop with a staff of 25 people, indirectly leading to the creation of 200 jobs related to production, marketing and retail. With 4,000 acres today, his farm now counts more 100 employees, with an estimated impact of more than a billion dollars.

The yields for individual farmers can be outstanding as well. According to Andrew Bish, who specializes in hemp harvesting solutions for growers, some farmers have netted between $1,000 and $5,000 an acre for grain crops in North Dakota. Others have seen even more extraordinary results — up to $54,000 or even $135,000 gross profit per acre for seed crops — while the lower-end fiber crops, which currently yield $300 to $500 an acre, will soon become more lucrative once the hemp materials market begins to mature over the next five to ten years.

Where the money falls, however, the sharks will often circle. In his speech to those assembled Thursday, Robertson spoke of an opportunity for Wyoming and the West to rebuild an industry different from the type that had ostracized small farmers in the past. He emphasized the need for the state’s growers to be collaborative and intentional in how they built their vision.

Signs of the worst parts of “the gold rush” are already apparent. In an interview in the main lobby after his speech, Robertson told the Star-Tribune about an instance last week where he was looking at a contract that seemed to be on the straight and narrow, written in good legal terms and well-formatted — “professionally done,” he said.

However, after doing a little digging, he found the company was set up by a New Jersey attorney specializing in debt relief for an investment company in Nevada that, Robertson noted, did not appear to exist, with owners he could not track down.

“It started to have a strange odor to it, you know?” he said. “On the surface, it seemed professional… ‘We’re going to sell you this seed, and you’re going to get rich.’ They’re banking on the euphoria that surrounds this plant and, I’ve got to tell you, there are a lot of people looking to take advantage of that.”

Unlike the gold rush ghost towns left behind — and the onset of the massive farms that hurt farmers today — Robertson said it’s important to be slow, cautious and willing to do the research to ensure hemp remains an industry built by farmers, for farmers.

“It’s important for us to realize what’s going on here,” he said. “I started off slow when we started, and then we really slowed down. We’re creating a new industry, and it’s very important we do this properly the first time. There’s going to be a lot of fly-by-night folks, but we really have a chance to set the standard and show the world how we American farmers can do things better. There’s a lot of responsibility here, and I just want to encourage you to think about this.”